Back in 2008, a group of guys formed Struttinbuck (SB). Along the way, team members were added, animal harvests were filmed using an artist eye, and a heritage of the outdoors was formulated. The local television show gained unprecedented momentum, specifically in their home state of Arkansas. Fan support is the driving force for their evolution. SB creatively captures each hunt, providing their viewers with an in-depth, “right there with you” feel. The crew takes pride in their “do-it-yourself” hunts generated from privately owned, leased or state properties. In 2012, Struttinbuck started airing its episodes on the Pursuit Channel. Heath Graham, Brandon Hunt and Matt Cowell are trifecta effect regarding the television show’s visionary, media production and marketing outcomes. All three are avid hunters with down-home personalities. Graham’s is owner and operator of The Southface Media Group, Inc., the company responsible for producing SB, which show cases his creative gifts. Hunt is known for capturing intriguing imagery and compliments Graham on the management side. Cowell oversees the all marketing/public relations aspects and contributes an edgy style in his works. The group attributes a large portion of their success to creating partnerships with companies whom enjoy working closely to keep the outdoor industry informed, inspired, competitive and comfortable. 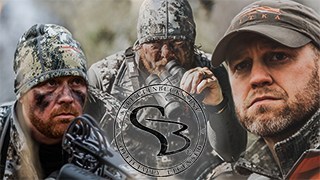