Born and raised on the family farm near Saskatoon Saskatchewan, Dean Partridge began following his father and learning about hunting whitetail deer at a very young age. This quickly turned from a pastime into a fascination, to a complete lifestyle. Working closely with Jason Peterson and Hunting Canada and Beyond Television, the whitetail passion was expanded to include the challenge of capturing all of the exciting heart-pounding action on film to share with the viewer. While still living in the Saskatoon area with his true loves, his wife Rochelle, his daughter Taylor, and his son Magnus, Dean Produced the first 100% archery Whitetail Video to come from Canada, Full Draw Whitetails. Becoming involved in the outdoors television industry it was quickly noted that there was a large gap in the programs available, there were no dedicated sexuell halsa Canadian Whitetail programs, even though Canada holds some of the best whitetail hunting destinations. Upon investigation, it was learned that many felt that it was too difficult to produce a Canadian Whitetail-only program. The challenge was accepted and a crew of experienced whitetail hunters second to none was assembled to complete this task, to bring viewers exciting over the shoulder trophy Whitetail action, and this was the birth of Canadian Whitetail Television.  Canadian Whitetail Television will feature bow, crossbow, rifle, shotgun, and muzzleloader hunts from across Canada, including the occasional trip south of the border to other popular whitetail destinations. We welcome and invite you to tune in and watch the new standard in whitetail hunting TV, a show produced by whitetail addicts, for whitetail addicts and all sportsmen and women alike, Canadian Whitetail Television! 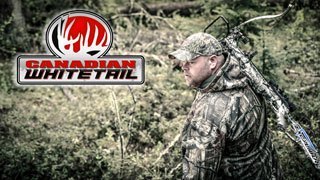